History of English in Ten Minutes

Where did the phrase ‘a wolf in sheep’s clothing’ come from? And when did scientists finally get round to naming sexual body parts?
Folks at the The Open University’s OpenLab are happy to tell us in an animated history of the English language:
Voiced by Clive Anderson, this entertaining romp through ‘The History of English’ squeezes 1600 years of history into 10 one-minute bites, uncovering the sources of English words and phrases from Shakespeare and the King James Bible to America and the Internet. Bursting with fascinating facts, the series looks at how English grew from a small tongue into a major global language before reflecting on the future of English in the 21st century.
History of English
—–
Writing in color
At io9, Robert T. Gonzalez tells us that our language is not our own.
The words you speak have been borrowed, modified, and molded by the forces of linguistic evolution. And the sentences they form are not so much “English” as they are a shapeshifting hodgepodge of different languages that have intersected with English over the years.
Gonzalez reports on the work of Mike Kinde, “who maintains the ridiculously enthralling data visualization blog Ideas Illustrated” and created a program that uses color-coded text to reveal the foreign origins of your words. 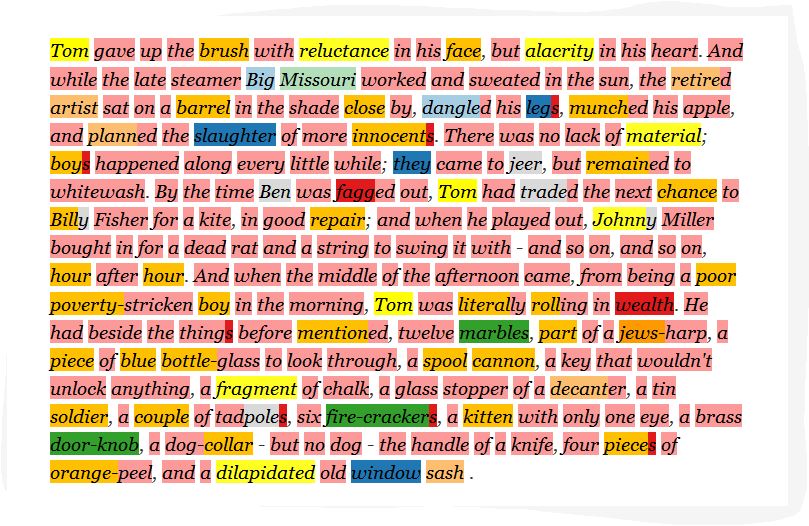 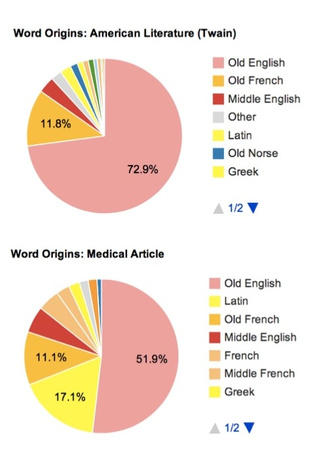 Colorful language
—–
The Book-Snoop Strikes Again
Peter Damien explains at Book Riot that he is sane and normal in public “until I spot someone reading in public. And then I go all fixated and creepy.” 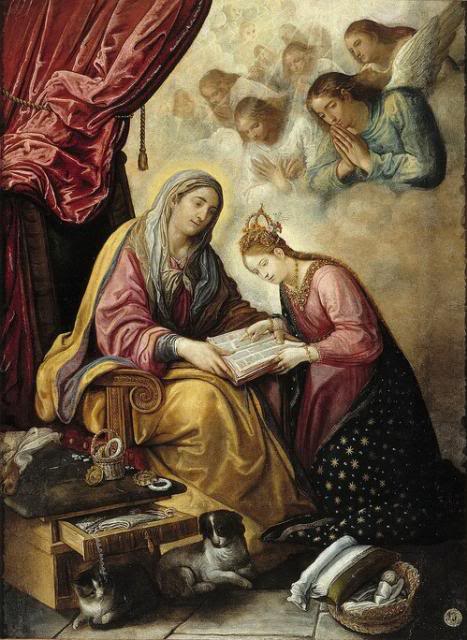