At a meeting of the Tolkien Society at the University of Cape Town where I got all three of my degrees, a woman said plaintively, “I just couldn’t get into Tolkien. I tried so hard to do it right, to read them in the proper order – so I started with “The Silmarillion“…
We just gave her a pitying glance. 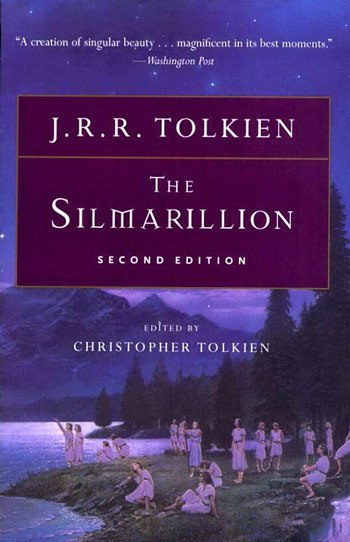 The Silmarillion,  J.R.R. Tolkien
One does not START with the Silmarillion. The Silmarillion is Advanced Tolkien, not to be attempted by novices…and even the pros need a safety net. It’s an encyclopedia of myth and history, not just another novel. It’s fabulous, immersive, beautiful, lyrical, powerful… but it is not for the faint of heart.
Tthe Silmarillion is one of the tough books for tough readers listed by Emily Temple in a story at Flavorwire. Some of the books, she says, “are absurdly long, some notoriously difficult, some with intense or upsetting subject matter but blindingly brilliant prose, some packed into formations that require extra effort or mind expansion, and some that fit into none of those categories, but are definitely for tough girls (or guys) only.”
How many have you read?
Tough books
—–
BTW, when I was member of the university’s Tolkien Society in the last millenium, I produced this bit of whimsy.
The Ballad of Tolkien’s Dream
by Alma Hromic (Alma Alexander)
You may have read – it was quite recently –
about an archeologist of note –
he was well-read, and quite decently,
knew most of his Tolkien by rote.
Now in this article I’d read,
They said he found a tower on a hill –
the ruins thereof, the thing being quite dead –
and pronounced it to be Minas Ithil.
“What civilization’s that?” his peers asked,
understandably quite taken aback.
He in their confusion basked
seeing that in culture they did lack
a certain element of… imagination.
he answered them, “The oldest known to Man!”
They fell at his feet by the nation,
as he carried out what Tolkien began.
Well, the Academia entire
soon was involved in heated debate
about just where to locate the Shire
and trying this new world to date.
One of the professors most learned
traced his origins back in direct line
and, leaving no ancestral stone unturned,
came up with conclusions rather fine.
“I am,” he announced, in a leading magazine,
“A descendant of good King Elessar;
in my veins runs blood truly Gondorene,
and my House is that of House Telcontar.”
Well, to cut short a very lengthy tale,
this thing soon had the whole world in its grip:
everyone around, without fail,
could under some fine ancestral mantle slip.
The debate rages on, no end in sight;
new discoveries daily are unveiled.
Our past is becoming increasingly bright
for those who once for their future quailed.
The world’s woes have been left behind,
and its troubles may have lost their sting…
the only thing that now troubles my mind
is this: they now say they have found a Ring…
(Originally published in ‘The Silmaril”, the journal of the U.C.T. Tolkien Society, in 1988)
—–
10 Lovable Things About Brick-And-Mortar Bookstores
Ordering online or downloading through your e-reader may be convenient, but nothing compares to the magic of a real bookstore, Buzzfeed says. 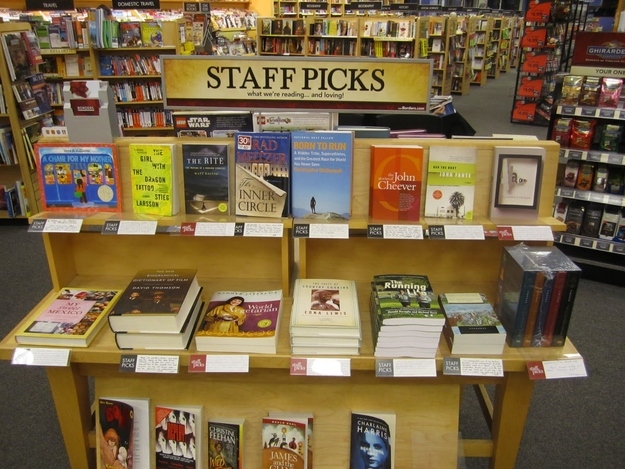 How else would you find out what John S. was reading this week? He loves magical realism too!
Bricks-and-mortar
—–
What’s the best way to kill a novelist’s passion for writing? Success.
If you can’t seem to get your novel published, or if it’s a commercial failure, never fear, Lindsay Irvine says in The Guardian: some of the best writers improved as their reputations and sales declined.
Take Samuel Beckett, for example. 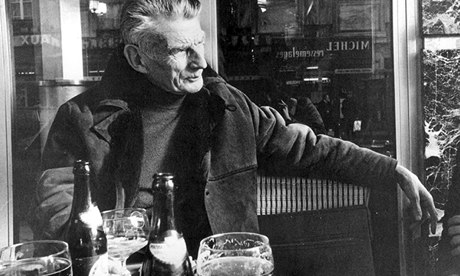 Samuel Beckett managed to reinvent both modernism and theatre while tucked away in obscurity. Photograph: Rex Features/Ian Dryden
Lionel Shriver has been writing about the perils of becoming a successful novelist. Shriver says she’s “grown perversely nostalgic for my previous commercial failure – when my focus was pure, and the books were still fun to write, even if nobody read them“.
Perils of success
—–
Love: The Weak And Fragile
A thoughtful essay by Ferrett Steinmetz that I quite like:
Most people talk of love as though it were as strong as girders, this hurricane-like force that can lift you high into the sky.  If a relationship fails, it’s because we puny humans failed Love by not believing in it hard enough: Love can rescue everyone, knit the world together, even surpass death.
Fragile love
—–
Alma Alexander
Sign up for my newsletter, Tea with the Duchess, here
Email me:
—–