Bizarre literary landmarks you must see

Everyone knows about the Important Literary Places, Emily Temple says in Flavorwire, like the authors’ graves and childhood homes that abound in guidebooks and popular knowledge. But the weirder literary landmarks — from road signs to impossibly smug sculptures — are worth a visit too. 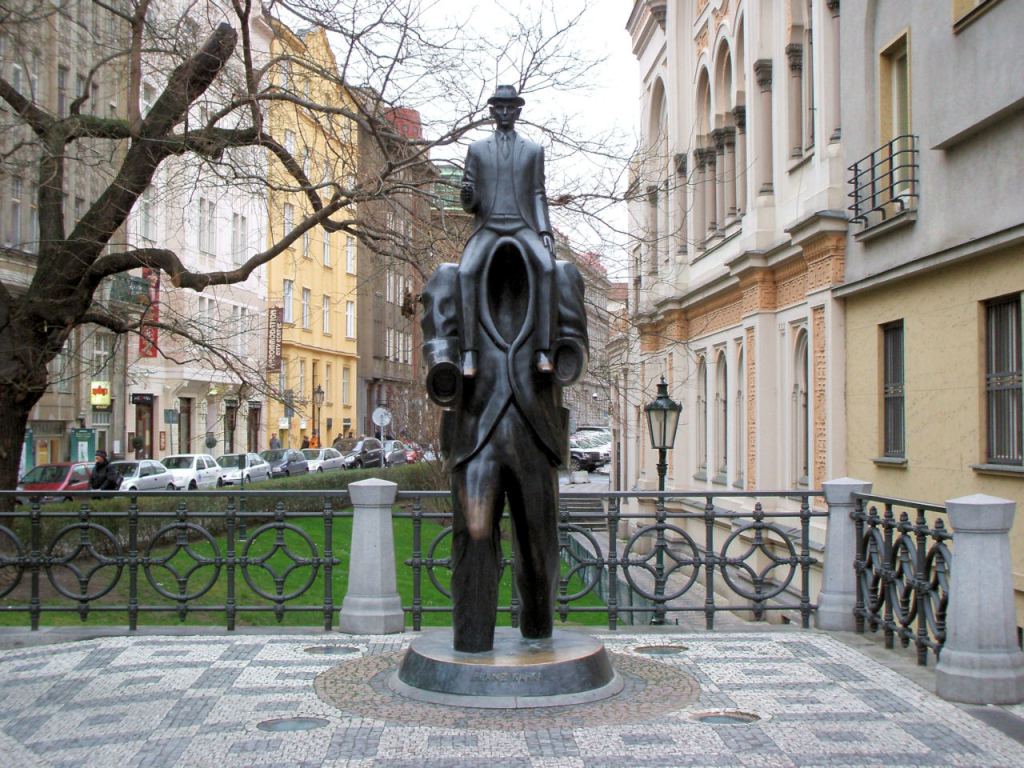 Take this Jaroslav Róna statue of Franz Kafka — a headless suit with a gaping neck hole carrying the writer on its shoulders.
Bizarre literary landmarks
—–
Tom Clancy Dies at 66
Tom Clancy, whose complex, adrenaline-fueled military novels made him one of the world’s best-selling and best-known authors, has died, the New York Times reported.
Clancy’s books were successfully transformed into blockbuster Hollywood films, including “Patriot Games,” “The Hunt for Red October” and “Clear and Present Danger.”

—–
All-You-Can-Read ebooks for $9 month
…or $8.99 a month if you think that silly one cent makes a difference.
The subscription service comes from Scribd. Books can be accessed by all smartphone, tablet and laptop device platforms and will offer thousands of backlist books to subscribers—including a majority of the HarperCollins’ backlist.
—–
Quitting flying to save the world
After writing an article, ‘Global warming is irreversible and getting worse, ” Meteorologist Eric Holthaus live-tweeted his final flight:
‘I realized, just now: This has to be the last flight I ever take. I’m committing right now to stop flying. It’s not worth the climate.’
He realized, he later said, that his current lifestyle was no longer sustainable — or conscionable.
To save the world
—-
Ice Cream Flavors For Book Lovers
I’m the quintessential book lover and I like my ice cream too, but…
A FISH FLAVORED ICE CREAM?
No I won’t have ice cream sir!
if you make me I will scream sir!
Book lovers ice cream
—–
— Alma Alexander
—–
Sign up for my newsletter, Tea with the Duchess, here
Email me:
—–