The Gift of the Spiders

There was a discussion on Facebook about the merits and the level of intensity of care required for various lengths of hair.
The consensus was that long hair really REALLY isn’t that tough – it requires being kept clean, and needs the occasional thorough brushing, but not the nitpicky niggly constant everyday level of being AWARE of a short hairdo (when do I need a trim to keep the style? how often does short hair need washing? etc.)
The issue with long hair was, mostly, what to do with it when sleeping. Various solutions were discussed. One thread ended up suggesting that a long-haired girl could let it pool between the pillow and the mattress – which lead to the entertaining thought that you might end up “getting spiders in it, or fishing for monsters under the bed.”
That was obviously a story that needed to be written. So I wrote it.
~~~~~ 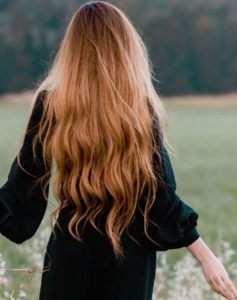 3 thoughts on “The Gift of the Spiders”